I Believe the Bible 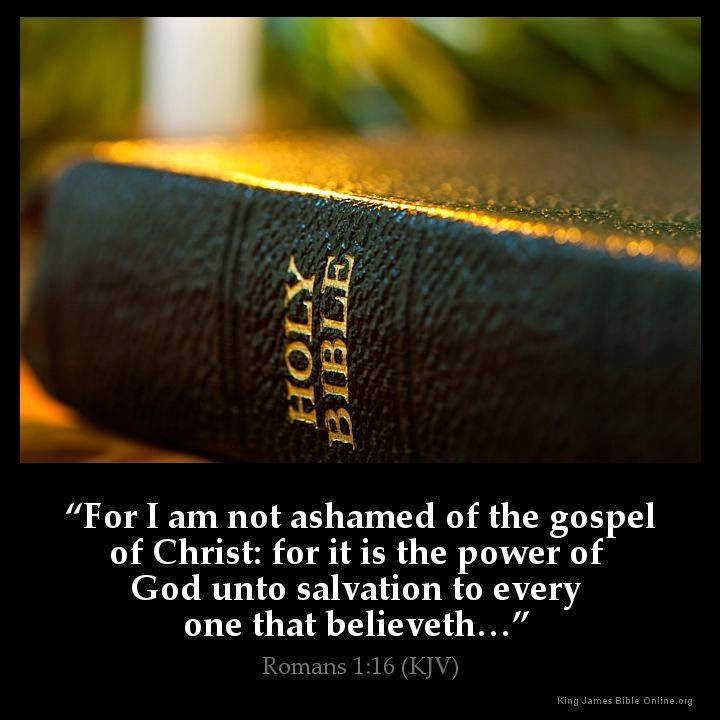 Last June marked the end of our fortieth year as a baptized Christian.  We gave our heart and everything and gave up this world’s ambitions in consecration to our God out of love for what a wonderful God he really is two years earlier, but because our mother did not permit it our baptism waited two years until we reached the age of majority, 18 years.  One bit of reflection on that time of loving devotion to God is that, even though for thirty of those years we fellowshipped with the Jehovah’s Witnesses, those years can be summed up by four words, “I believe the Bible.”

Although our understanding of that book and its teachings were so imperfect for so many years of that time, what God’s word says was first and foremost for me, which made us a thorn in the side of the elders in most of the congregations we were in.  For all of these forty years there have been no creeds for us, only God’s word, because we believe the Bible.

Because we believe the bible we’ve been called a cultist because we don’t believe in or preach “the essential doctrine of Christianity,” the Trinity Doctrine.  But, really, where in God’s Word are we told that the Trinity doctrine is the essential doctrine of Christianity?  For forty years we’ve studied the bible from stem to stern, including in its original languages and we find no statement to that effect anywhere to be found.  What we do find are plain statements from Christ’s own mouth to the effect that “I am ascending to my Father and your Father, to My God and your God,”  “And to the angel of the church in Laodicea write ‘The words of the Amen, the faithful and true witness, the beginning of the creation of God’” and more (John 20:17; Revelation 3:14).  In fact, we find no indication of a trinity in God’s word.  Theologians rely on taking verses out of context and some really imaginative reasoning to “prove” their “essential doctrine.”  Even some of them through the years have admitted that a plain and objective reading of God’s word just doesn’t lead one to the conclusion that there is a trinity.  Now why would they say that?

Throughout the Old Testament one concept reigns supreme, that there is no God in the sense we commonly use the word but one.  The “Shema” to Israel bears a powerful witness to that fact: “Hear, O Israel: Jehovah our God is one Jehovah: and thou shalt love Jehovah thy God with all thy heart, and with all thy soul, and with all thy might” (Deut. 6:4-5; ASV).  That statement is unambiguous and even names the God who is alone in that category.  There can be no misunderstanding of that verse when not read through the lens of so called “theology.”

The bible does call others “god,” or “god’s,” including men (Ex. 7:1; Ps. 82:6) and it acknowledges many times the existence of other gods, inventions of men or demons, false gods in other words (Deu. 6:14, 2 Chron. 13:8,9  and much more).  In the case of men the word, “god” is used of officials as well as the word “lord” as the essential meaning of the word to the Hebrews is encapsulate in the early written form of the word El, a bull and a shepherds staff conveying the idea of a powerful leader.  But the bottom line is simple, and consistent, throughout the Old Testament, “But Jehovah is the true God; he is the living God, and an everlasting King: at his wrath the earth trembleth, and the nations are not able to abide his indignation” (Jer. 10:10).  There is only one True God.

But Trinitarians point out that the Trinity is a revelation from the New Testament.  But we contend that the Old Testament picture of a single, all powerful God whole and complete in and of himself holds true throughout the New Testament.  We’ve already pointed to several plain statements from our Savior Jesus Christ on the matter.  But there is more.

When questioned about what the greatest commandment in the law was, Jesus quoted from the Shema, “Master, which is the great commandment in the law? Jesus said unto him, Thou shalt love the Lord thy God with all thy heart, and with all thy soul, and with all thy mind” (Mat 22:36-37).  Thus, Jesus established himself as an observant Jew, whose views on the Unitarian nature of God were consistent with the Old Testament and his fellow Jews.  Nowhere do we find him asserting a Trinitarian viewpoint on God.  In fact, he called himself the “son of God” (John 5:25, 11:4), a fact acknowledged by the Leaders of the Jews themselves (Matt 27:43).  The one time the Jewish leaders tried to twist his words around to have him saying that he was himself God, Jesus hastened to correct the false impression they were trying to make (John 10: 30, 34-36).  Taken together with the statements of his earlier it is plain that he never asserted a Trinitarian relationship or even equivalence with God.

Demons acknowledged him as the son of God, as did their master, the devil, in a backhanded kind of way (Matt. 8:29; 4:3,6), and they should know.  During his first advent his disciples called him the son of God many times (Mk. 1:1; John 11:27).  And even the Angel Gabriel so identified him to Mary before his conception (Lk. 1:26,35).  The Apostle Paul called him that at Romans 1:4; 2 Cor. 1:19; Eph. 4:13 and many other times in many variations on that theme.  So we find it witnessed to that he was God’s son instead of God himself throughout the New Testament.  Paul, in his first letter to the Corinthians makes a very plain statement to the subordination of Jesus Christ to his God, that he is in no way an equal (1 Cor. 15:24-28).  And these are no obscure verses; they are many and plain so that the testimony of the scriptures is plain if we do not go at them with any preconceptions.

That testimony is so plain that the Arian view of God and his son not only predates the Arian controversy, but persisted down through the ages with men and women going to often horrible deaths rather than deny the bible’s clear testimony in the matter.  Michael Servetus was one such man who was chained naked to a stake roasted alive for hours at the order of John Calvin because he refused to recant his denial of the Trinity Doctrine in favor of Arianism.  An entire people were “excommunicated” for their Arianism, the Goths and Visigoths.  They are much maligned in history for their beliefs, though evidence of their tolerant nature towards Trinitarians has come to light in recent times.

So I believe the bible.  We believe it whether our investigation of its teachings agree with what is held by the wider Christian community or not.  When it doesn’t, we must follow the evidence wherever it leads, because we believe the bible.