"He is Risen From the Dead!" 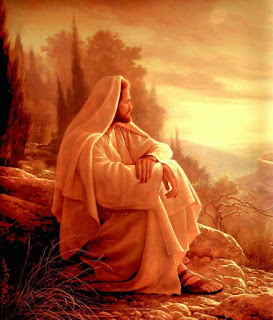 What a wonderful announcement to hear from the angels! (Matt. 28:7)  Jesus was awakened from the dead, the base meaning of the word εγεις in the Greek.  This one thing is what separates Christianity from all other faiths, the fact that Jesus lives.  The founders of all other religions but for a few recent cults are all dead and can do nobody any good.  This fact is so important that Paul spent the first thirty-four verses of 1Corinthians 15 on this vital difference and why it is so important.  So why don't we have a look at this passage of scripture and what Paul had to say when he outlined the Gospel itself, or the essential doctrine of Christianity:

Note here that Paul opens up by telling the Christians in Corinth that if they do not have faith in what follows their course is of no use to them, they have run the race in vain to that point.  That is how important what he now informs them is.

This is the first and foremost doctrine of the Christ according to the Apostle, this was the message he took to them and everybody else.  That is, that Jesus, the Christ died for our sins as predicted in the Old Testament and was also raised on the third day from among the dead, again, as predicted in the Old Testament.  This is the first thing and what makes Christianity so different from all other religions.  However, that is not all.  There are other religions which claim their founder either did not die or was raised from the dead.  So how do we know that Jesus was raised while none of the others were.  Well, there is no proof any of the others were raised.  Those faiths cannot put forward any witnesses to the events they claim.  Can Christians?  That is what comes next:

15:5 And that he was seen by Peter then the twelve.  15:6 Thereafter, he was seen by more than 500 brothers on one occasion, the majority of whom are still among us, though, some have died.  15:7 After that he appeared to James and all of the Apostles.  15:8 Then last of all, he appeared to me as if to one born before his time.

That is quite a list of witnesses there though few of the names have made it down to our time.  Note also that Sisters are not mentioned.  That is likely because in the Roman world and, sadly, even among the Jews of the time, a woman's words was not considered of enough worth to establish a matter.  Add them in and the number of eye witnesses to his having been raised only grows.  Many of those, certainly all of the Apostles, except John, died for their insistence that Jesus had risen from the dead.

So in the First Century, when such a matter could have been easily proven false, the presence of so many eye witnesses was something which couldn't just be written off.  So the powers that be chose to persecute and seek to eliminate them instead.  What they didn't succeed at was to eliminate the written testimony of some of those who saw him alive after being put to the death by crucifixion.  So we have that testimony from people who saw him with there own eyes to this day and those who deny the facts are reduced to brushing it off as the myths written by later men.

The rest of the passage is devoted to expounding on why Jesus had to be both killed and resurrected, which is a topic best left for another time.  Suffice to say, more than enough people saw the resurrected Jesus with their own eyes, in Paul's case possibly several years after the fact, and who left their personal testimony it to our day establishes it as a matter of fact.  So we can confidently shout from the rooftops:

He Is Risen!
Jesus Christ Lives!

*  We first thought to go through the whole passage but at 720 words would've run us afoul of quoting from most modern translations because of copyright laws with their 500 word limits..  So we decided to translate the passage ourselves and realized we would only treat that part of the passage which directly related to the point being made this Easter weekend.