The Royal Law of Love 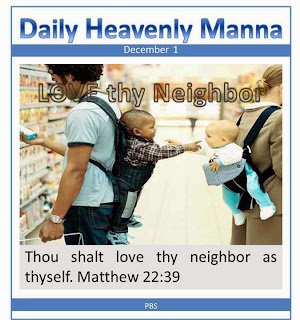 “If you really fulfill the royal law according to the Scripture… you are doing well.”  (Jas 2:8; ESV)

Greetings again my brethren and friends!

Recent events in my life have me thinking about the matter of laws, how denominations and sects go beyond the scripture in the matter of what the scripture teaches on the matter by imposing unwieldy canon law, etc., on their flocks which God hasn’t imposed on the flock because he set in motion something better, the Royal Law of Love because it is superior to all of the “laws” men impose.

In the first century there was a controversy in the Church which centered on law, what law were the Gentile Christians to follow.  Certain brethren argued that Christianity was really a part of Judaism which meant that Gentiles were required to get circumcised as proselytes into the law covenant with Israel and observe the Law of Moses as many Jewish Christians continued to do (Acts 15: 1,2a).  Paul strenuously opposed that teaching and it was finally decided by the brethren and it was decided among the brethren in Antioch to send Paul and a few others to Jerusalem where the rest of the Apostles were and get a determination as to whether Gentile Christians had to come under Jewish law (Acts 15: 2b).  After the decision was made the following letter was sent to all of the ecclesias along the way Paul travelled back to Antioch:

"The brothers, both the apostles and the elders, to the brothers who are of the Gentiles in Antioch and Syria and Cilicia, greetings. Since we have heard that some persons have gone out from us and troubled you with words, unsettling your minds, although we gave them no instructions, it has seemed good to us, having come to one accord, to choose men and send them to you with our beloved Barnabas and Paul, men who have risked their lives for the name of our Lord Jesus Christ. We have therefore sent Judas and Silas, who themselves will tell you the same things by word of mouth. For it has seemed good to the Holy Spirit and to us to lay on you no greater burden than these requirements: that you abstain from what has been sacrificed to idols, and from blood, and from what has been strangled, and from sexual immorality. If you keep yourselves from these, you will do well. Farewell."
(Act 15:23-29; ESV)

Both Christian and Jewish commentators have commented that the items listed in the letters have their origin in God’s covenant with mankind after the flood of Noah’s day and are incumbent on all.  So they have nothing to do with the Royal Law Christians are commanded to follow, though, Christians follow them as well.

So what is the Royal Law James wrote about and how is it superior to God’s law to the Jews?  It’s really a three-part law Jesus laid down to his disciples to follow.  The first two parts came out of the Law of Moses, God’s covenant with Israel.  We know we’re to follow it because Jesus added the third law, calling it a “new command,” or law, thus linking it to the first two, which he taught those who listened to him to follow.

As we all know, Jesus was very controversial though in what way is still debated to this day.  In his day, though, more than once some of the most learned men in Israel were sent to try and catch him in some sort of impropriety where his teaching was concerned and certain folks in the crowds were primed to be offended at his words.  So Jesus was very careful with his words at times.  On one such occasion Jesus was approached by a lawyer who asked him what the greatest law within the Law of Moses was.  Jesus’ answer was:

Jesus’ quoted from what is known as the Shema which is recited by devout Jews to this day at Deuteronomy 6:4.  For Christians it certainly places our priorities in their proper places.  But there is more to that simple statement than meets the eye.  Simply put a true Christian led by God’s Holy Spirit will need no rules or law to follow in that respect since he or she will be pointed in the right direction in any situation by the Spirit because they love Jehovah so much that they would desire not to displease him ever.  Sure, we have the Old Testament and I’m not saying that it would be of no use to a true Christian in this or any other regard.  The Law does help us in gaining insight, but following the first command will give us the ability to move beyond the law code and know what to do in situations not mentioned therein.  Thus we know how to please him and make our sacrifices a pleasing odor to him.

The second part of the Royal Law is much like it and James connected it directly to the Royal Law:  “And a second is like it: ‘You shall love your neighbor as yourself’” (Mat 22:39; ESV) “If you really fulfill the royal law according to the Scripture, ‘You shall love your neighbor as yourself,’ you are doing well” James, Jesus' half brother would note many years later in expounding on what Jesus was saying (Jas 2:8).  Both quote from Lev. 19:18, which in Jesus shows the breadth and genius of his knowledge that he was able to draw from two different books of the Torah and connect them together in that way.

Once again this is something of an open-ended law, more like a statement of principle like the first one.  And once again it is superior enough that Jesus could say “On these two commandments depend all the Law and the Prophets" (Mat 22:40).  If we really love our neighbor as ourselves, then we need no set of laws or rules to know how to treat our neighbor in any situation which could conceivably occur.  We just do the same for them as we would want done to us.  Of course if we love our neighbors in the same way that Jesus taught in his parable of the Good Samaritan at Luke 10:30-35 we would also be proactive and live our lives in such a way that we would not only live our lives in such a way that we would bring no harm to anybody if at all possible, but like the Samaritan we would be ready to do good to our neighbor, which includes strangers as in the case of the parable.  So what we learn from this consideration is that the Royal Law of love is really a law based on principles instead of rules and will guide us in all situations.

On the night before Jesus died John recorded the last of the three parts of Royal Law of Love:

Think for a moment on the implications of this law.  How did Jesus show his love for his disciples as well as all of mankind?  He died for them, didn’t he?  And he also left them an example for them, and all true Christians to follow in the way he dealt with them under all circumstances, including the times they were quite trying.  But this law is also a statement of principle as well and if we grasp its essence we will also know how to deal with our brethren in Christ with love in any and all situations.

In ancient times not only were Christians willing to die for Christ, but they were also willing to die for their brethren as well, that no harm might come to them.  In fact there are plenty of examples of both throughout the entire Gospel age to this point.  If we follow that last law we certainly wouldn’t want to impose power or a multiplicity of “laws” or rules on our brethren.  We would speak evil of none of them.  We would readily help them is it is within our power to do so, including helping them monetarily   if we can.  Yes, loving our brethren as Jesus did would move us to put up with the flaws in their characters and if me must readjust them, as “spiritual” Christians are told to do it would be tactfully, in the spirit of Galatians 6:1, where the next verse tells us that we will fulfill the Royal Law of Love if we do.  And that is the point of this discussion, isn’t it?

Posted by Stanley Loper at 3:49 PM