The Essential Doctrine of the Christ 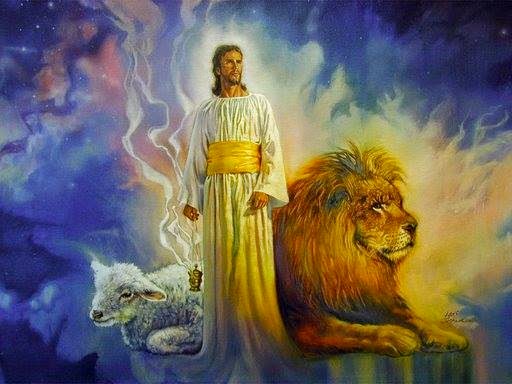 What is the essential doctrine of the Christian faith?  We get different answers to that question depending on who we talk to.  However we propose to use the Bible to demonstrate to our readers’ satisfaction that the Ransom sacrifice of Christ Jesus and the companion teaching of the Restitution of mankind to its lost estate are the essential and central teaching of God’s word and the Gospel.  This is what was foremost in the minds of the Apostles and others as they wrote the books of the New Testament as we will see as we progress in this short consideration of this very important subject.  We will by no means treat this subject comprehensively as there are too many verses and passages to include in the short amount of space we have.  However, I will mention a book which does at the end.

To find out why mankind ended up in the fix it is in we have to go back to the beginning, to the first book in the bible, Genesis.  In the first chapters we are told That God created the heavens and the earth; and then we are told how God spent seven “days,” or more precisely “eras,” preparing the earth for human habitation (Gen. 1).  Towards the end of chapter one and through chapter two of Genesis we are told that to people were created, married, and placed in a garden which provided for all of their needs.  But in chapter three, something happens.  First the woman, Eve, then her husband, Adam, are tempted and break the only law given them by God, the command not to eat of the tree of the knowledge of good and evil. So, as Paul explained to the Roman Christians:  “Wherefore, as by one man sin entered into the world, and death by sin; and so death passed upon all men, for that all have sinned” (Rom 5:12).  That, in a nutshell, is why we are in the sorry condition we’re in with sin and death.

The essential doctrine of Christianity is that God didn’t leave us in that condition and did something about it. Paul carried the thought forward for us, “Therefore as by the offence of one judgment came upon all men to condemnation; even so by the righteousness of one the free gift came upon all men unto justification of life. For as by one man's disobedience many were made sinners, so by the obedience of one shall many be made righteous.” (Rom 5:18-19).  So the answer was to provide a ransom for mankind, because of one man’s disobedience and sin we all die, but God reversed the situation through the obedience of one man, Jesus Christ (vs. 17).

To understand how that works it is important to understand a very important principle of God’s justice, and it is why Paul emphasized the thought of one man bringing in death and the other life.  That principle is exact equivalency of the punishment fitting the crime.  According to the law:

This is the famous “an eye for an eye” law.  And the principle here stated is that exactly what was done must be recompensed exactly.  That was why Paul stated in the earlier cited passage from Romans, “For as by one man's disobedience many were made sinners, so by the obedience of one shall many be made righteous” (Rom. 5:19).  So what was lost had to be provided for a ransom.

So what was lost?  What was lost was the perfect life of the first man.  He was created perfect and had the prospect of eternal life before him and every human who has ever lived came from him, including Eve, who was made from his rib.   All of us, with the exception of Jesus, received life from him through all the males who preceded us.  That is how life is passed on, from the male to the female.  So, from God’s standpoint all of us were still in Adam’s loins when he sinned, so all of us received the sentence which was pronounced on him before the conception of his first child.  Jesus gave up his perfect life in order to ransom mankind back from death.  That fact is directly stated in three places, twice by Jesus and once by Paul, though the same thing is presented elsewhere in other terms in God’s word:

That is why a Trinitarian god-man couldn’t provide the ransom necessary.  What was required was a perfect man, a man who existed on the same level of existence as Adam, and we in him, did before his act of disobedience changed everything for us.

But did Jesus live and die to give said ransom?  That is a legitimate question since scholars, some of them nominally Christian and teaching in seminaries, don’t believe it happened, that it was all a myth.  But Paul expounded on the fact of Jesus’ sacrifice and that message to the Corinthians reassures us of the fact of the Christian message.  So, with what we’ve written so far in mind, let’s go through his message:

Moreover, brethren, I declare unto you the gospel which I preached unto you, which also ye have received, and wherein ye stand; (1Co 15:1)

So Paul state’s right up front that he is about to declare the Gospel, the essential doctrine of Christianity:

So he states plainly that Jesus died according to the scripture, that is what I wrote about from the law, which is only part, and he rose on the third day after his death, which was also prophesied in scripture (Matt. 12:38-40, where Jesus predicts this using Jonah).  Then Paul goes on to prove what he says:

That is quite a list of people who saw the resurrected Jesus and includes one which is only alluded to in the Gospels without giving any details (Lk. 24:34).  Paul then spends two verses on a personal side note before giving one of the most profound refutations for the notions that Jesus was not resurrected and why it was necessary that he was:

Now if Christ be preached that he rose from the dead, how say some among you that there is no resurrection of the dead? But if there be no resurrection of the dead, then is Christ not risen: And if Christ be not risen, then is our preaching vain, and your faith is also vain. Yea, and we are found false witnesses of God; because we have testified of God that he raised up Christ: whom he raised not up, if so be that the dead rise not. For if the dead rise not, then is not Christ raised: And if Christ be not raised, your faith is vain; ye are yet in your sins. Then they also which are fallen asleep in Christ are perished. If in this life only we have hope in Christ, we are of all men most miserable. But now is Christ risen from the dead, and become the firstfruits of them that slept. For since by man came death, by man came also the resurrection of the dead. For as in Adam all die, even so in Christ shall all be made alive. But every man in his own order: Christ the firstfruits; afterward they that are Christ's at his coming. (1Co 15:12-23)

So there it is, the Essential Doctrine of Christianity.  In a nutshell it is that Adam sinned and was condemned and all of us along with him by virtue of our being in him.  And Jesus was born as a perfect human to provide a ransom for all by ransoming Adam, along with all of his offspring by virtue of the same reasons as the fall, by giving up that life on behalf of us all.  That he did so, along with his resurrection, which was witnessed to by upwards of over five hundred people.  Thus we have a guarantee that he not only was successful, but that all the dead will be resurrected and all given the opportunity of eternal life, each in his own place.

The book I mentioned which does comprehensively treat the subject is The At-One-Ment Between God and Man, and can be purchased here.

By way of disclosure I'm just a Brother in Christ to the folks I linked to and know some of them.  That is the site where I purchase most of my personal literature.

Posted by Stanley Loper at 1:53 PM