How Christian Love Bears On Intimacy In Marriage 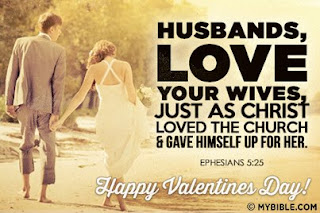 The following was composed while my series on love was being considered.  So I saved it to post after the finish of that series.  The date I wrote it was February 5, 2013, and I originally started it as a post for Facebook, but I got a little carried away and ended up with something more appropriate to my blog.  The photo was shared by its creator on Valentine's day, but I thought it  a good one for this post and a good theme text even though I don't directly quote it in the essay.  Enjoy:

Today the verse in the devotional I use, it's called "Daily Heavenly Manna," and was first published in 1905, came from 1 Thess. 4:3.  But I would like to present the verse in context to bring home the thought the Apostle was making instead of just what the comment in the Manna zeroed in on, which is appropriate:

"For this is the will of God, your sanctification that you should abstain from sexual immorality; that each of you should know how to possess his own vessel in sanctification and honor, not in passion of lust, like the Gentiles who do not know God; that no one should take advantage of his brother in this matter, because the Lord is the avenger of all such as we also warned you and testified.  For God did not call us to uncleanness, but holiness."  (1 Thessalonians 4:3-7; NKJV)

Paul, here, is talking about marriage and adultery.  But notice how he speaks about marriage in in terms of sanctification and honor.  In several places Paul expands on how that should be.  Probably one of the most significant passages really explains what Paul meant as to the relationship of the man and the wife in marriage on the sexual side, which is what Paul was speaking to.  That is from his first letter to the Corinthians:

“Now concerning the things of which you wrote me it is good for a man not to touch a woman [that is to engage in immoral conduct such as fornication or adultery, as his next statement makes clear].  Nevertheless, because of sexual immorality let each man have his own wife and let each woman have her own husband.  Let the husband render to his the affection due her and likewise also the wife to her husband.  The wife does not have authority over her own body, but the husband does.  And likewise the husband does not have authority over his own body, but his wife does.  Do not deprive on another except with consent for a time that you may give yourselves to fasting and prayer; and come together agin so that Satan does not tempt you because of your lack of self-control,”  (1 Corinthians 7:1-5; NKJV)

I think this is one often misused passage.  But what is noticeable and appropriate to the passage I’m discussing is this thought of the way marital possession goes.  Paul clearly writes that it isn’t a one-way street and both are entitled to their needs, not just the husband.  Paul also wrote of the matter in a different way to the Ephesians, where he emphasized relations in marriage as a whole instead of just the sexual side.  The passage is Ephesians 5:22-33 and for a time was famous for the ruckus it caused in the media when a Baptist leader cited verse 22 in particular and feminists took umbrage.

What they ignored was the rest of the passage where not only is the wife told to submit to her husband’s leadership as the Church submits to Christ’s, but the man is to love his wife as the Christ loves the Church (Thess. 5:25).  But he goes further by telling husbands that they are also to love their wives as their own bodies, which in a sense they are under the biblical principle of married couples being one flesh (vss. 28-29,Gen. 2:24, Matt. 19:3-6).

The point of this came to mind when I saw a photo meme shared by a friend about a real man continuing to treat his wife after their marriage the same way he did before.  As I’ve just outlined the same meaning behind the meme is what God’s word teaches, but it takes the thought further by telling the man to treat his wife as he would himself in all matters, and telling him that he has no authority over his own body in sexual matters, because ownership in marriage is not a one-way thing.

I am well aware of the objection many women have to the thought of being owned by their husbands.  That is the way this world teaches them to think.  But a “real man,” that is one who really follows God’s word, will treat the owner of his body, his wife with the entire honor she is due.   But that message goes both ways as well.

It is often said that one must also consider the context of the times in which a passage was written and its audience.  I’m one who believes that is important as well.  In the times the New Testament was written men were the masters of their families.  Women weren’t much more than chattel, or property, which weren’t much more in the arrangement than brood mares.  Abuse was common, as we often still see in many lands today.  Women had little or no rights.  So what the apostle wrote was nothing less than radical, breathtakingly radical at that.

Yet the apostle in not one, but several places pushed the thought that Christians were not to be like that.  Women weren’t just property; they were fellow members of the Church, the future rulers of the Kingdom.  And Christian men were expected to treat them so, with the same love commanded by the Christ of his disciples just before his death on the cross (Joh. 13:34 and which he repeated for good measure that same night at Joh. 15:12).  So they were to be loved with the same love Christ had for them, that is with love so strong that they would die for their wives if need be.

That being the case, why would any Christian maltreat his wife, in any aspect of their marriage?  By the same token why would a Christian sister treat her husband badly?  If we love our spouse to the same degree that Christ loved us would we not also extend that love to the marriage bed?  Of course we would!  In that case we wouldn’t be demanding of each other and we would also be willing to fill each other’s needs as long as they aren’t unseemly, even if those needs aren’t convenient at the time.  In other words, we would be giving in intimate matters to the extent we can.  And that goes both ways.

The man’s headship is in an administrative capacity as to the organization and running of the family, not the pleasures of the bed.  So while that means we should willingly give in the bed, it also means we would respect our spouse’s unwillingness to engage in acts they find distasteful and that we would be considerate and try not to burden them with our desires when we know they aren’t up to it.  Such is the way of love, love doesn’t “seek its own interests,” that is put its wants first (1 Cor. 13:5).

Thank you for reading my message for today, and I hope that through it you saw things in a different way, one which will lead to success in your marriage if you are married.
Posted by Stanley Loper at 12:05 PM