The Law: Are We Under Law? 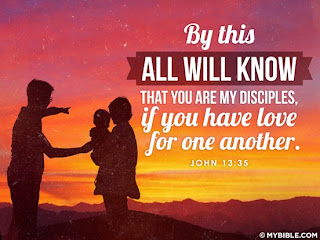 By “Law” I mean the Law of Moses.  From time to time we see a video by a preacher, who will remain nameless, who teaches that we are under the Ten Commandments.  He is hardly the only one we see who pick and choose features of the Law and teach that such laws apply to us.  So the question arises as to whether we are under the law, or any feature thereof and must keep it.

This post was inspired by something we read today.  It was a post on HuffPo of all things where an “expert” on God’s word posted a screed against those who consider homosexuality immoral, which we do, and contrary to God’s commands to Christians, which we also do, though not for the reasons most of the critics of “gay rights” do.  As far as we are concerned Christian’s are commanded to “abstain” from fornication, the Greek word for which includes homosexuality among other sexual sins (Act 15:28-29).  We really need no other authority for teaching Christians that it is sinful and needs to be avoided like the plague.

After the usual arguments based on defining Greek words used in Bible passages in a way modern “scholars” developed in modern times to undermine the teaching that the Bible condemns homosexual conduct the writer stumbles onto the only viable argument there is for refuting critic’s arguments:

“But again, if anyone chooses to accept the Bible's denunciations, even prescriptions of death for "a man lies with a male," then what about other biblical commandments that prescribe murder for disobedient children, for those who have sex during a woman's menstrual cycle? What about the commandments to stone to death adulterers (although a man could only commit adultery against the wife of another, never against his own), and the execution by stoning of women raped in the city, with the logic that if their rape was "legitimate" (shades of Rep. Todd Akins!), they would have been sure to scream loudly enough to be rescued? There is no leeway for picking and choosing. Again, either you are a biblical literalist or not.” (Hendricks)

I can’t help but wonder if he realized he just proposed the same argument the Apostle Paul did to the Gentile Christians of his day who wanted to observe certain aspects of the Law:

“For freedom Christ has set us free; stand firm therefore, and do not submit again to a yoke of slavery. Look: I, Paul, say to you that if you accept circumcision, Christ will be of no advantage to you. I testify again to every man who accepts circumcision that he is obligated to keep the whole law. You are severed from Christ, you who would be justified by the law; you have fallen away from grace.”
(Gal 5:1-4; ESV)

Get the part we underlined?  Paul was making the same point the author of the article I quoted from made, that one cannot keep only those parts of the law they agree with and reject those they don’t.  In the case mentioned by Paul, to take on circumcisions was to take on the sign that one placed one’s self under the Law of Moses.  They were then obligated to keep it all, something impossible to do for imperfect people.  We don’t believe it a false equivalency to say the same applies to those who would keep any part of the law.

So what are we under, what replaces the Law for us as Christians?  Paul gave us a glimpse with a simple statement after spending most of the first part of his letter to the Romans laying the groundwork for it by showing why we needed Christ and the futility of following the Law, which can give nobody life in this world, “For sin will have no dominion over you, since you are not under law but under grace.” (Rom 6:14)  Now what did he mean by that?

The Greek word for “grace” is χάρις (G5485).  Thayer’s Lexicon defines the word thusly, “From G5463; graciousness (as gratifying), of manner or act (abstract or concrete; literal, figurative or spiritual; especially the divine influence upon the heart, and its reflection in the life; including gratitude): - acceptable, benefit, favour, gift, grace (-ious), joy liberality, pleasure, thank (-s, -worthy).”  In the context of this verse what is meant is that true Christians are the recipients of a gracious act on God’s part, they are treated as if their sins were wiped out, and they have righteousness imputed to them much as Abraham had (Rom. 4:1-9).

But does this mean we, the Church, are under no obligation to do anything?  By no means!   Jesus taught his disciples to live by principle instead of law.  In the Gospels he was recorded summarizing the law with two commands.  One was to love God with all of one’s heart, soul and being, the other was to love one’s neighbor as one’s self (Matt. 22:36-40).   On the night before his crucifixion Christ added another “command,” that the disciples were to love one another as he loved them, and for emphasis he stated it twice (John 13:34-35 and 15:12).  This is what is known as the Law of Love.

Time and again the Apostles emphasize how important it is for us.  In his first letter to the Corinthians Paul tells his readers that without love all his works are useless (1 cor. 13:1-3).   James expounds on the importance of having works consistent with the Law of Love in the second chapter of his letter.  And practically John’s entire first letter is an exposition on the need for Christians to love others, but especially their brethren in Christ.  John also tells that if we love one another, then God’s love is perfected in us (1 John 4:12), that leads to our gaining the prize.

When the question of whether Gentile Christians were obligated to be under the law was brought before the Apostles in Jerusalem (Acts 15:1-4), the Holy Spirit guided the Apostles and elders to come to a decision which only required a few things for Christians to follow, or keep (vss. 5-29).  Those things were to “abstain from things offered to idols, blood, from things strangled, and from sexual immorality” (Acts 15:29; NKJV).  God saw fit to add no further burden comparable to Law to Christians after that.